INTRODUCING: "The 2 PENZ Taste Patrol".
As a small manufacturer of fine German and Austrian food products we certainly are always interested in what German, Austrian or Bavarian establishments are offering across America. So we randomly visit places that pique our interest to figure out how well they are doing in the following categories: authenticity, service, cleanliness, quality and price. The Taste Patrol tests food establishments such as restaurants, bars, home delivery services, mail order companies and food manufacturer anonymously and impartially. 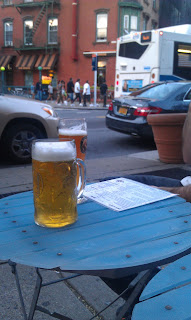 Ovarall Rating: 4 stars
(of 5 possible stars)
I picked a table myself - which is common in Germany - and it was less than a minute until a waiter said hello and brought me the menu. Several really authentic German dishes and beers are listed on the menu. Like "Gaffel" a famous Kölsch beer, "Franziskaner" and "Spaten" from Munich which they have on draft. But also rare finds like the bottled "Augustiner" are available.
The food menu also offers a rich variety of typical German foods. From Kartoffelsalat, to Obazda, Leberkäse and even Landjäger.
I personally had a Schneider Weisse beer, which is my favorite wheat beer of Munich. And I took the Leberäse with egg.
The beer was perfect as expected. The Leberkäse came in a typical way it is served in Bavaria, but under a different name. Leberkäse with egg, roll and mustard lets me expect everything served seperately on a dish. The way it was served at "Der Schwarze Kölner", the meat loaf and the egg between the two slices of the bun would be called "Leberkässemmel" something like "meat loaf sandwich".
But both quality and taste were absolutely authentic. And the price of $ 5 for a meat loaf sandwich with egg is totally ok for Brooklyn. 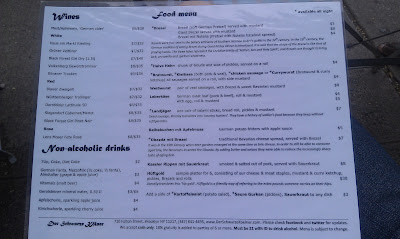 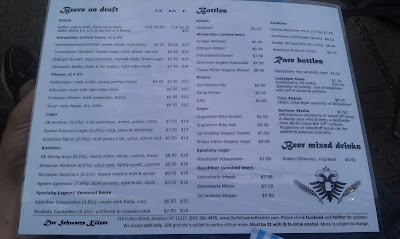 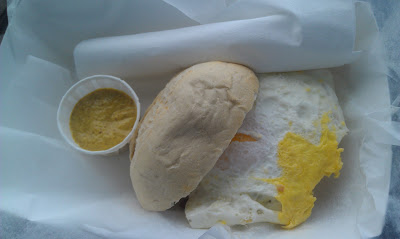 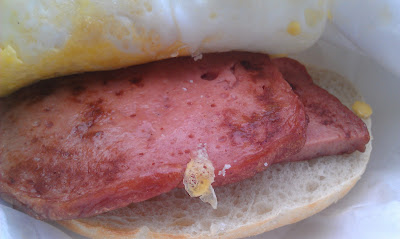 The restaurant was clean as we would describe clean in Germany. Not super-hyper sanitized like an american stroller but everything like finished dishes or trash was removed promptly and also the restrooms were clean. Just like a real German "Wirsthaus".

Is Scho Recht - A Couple Of Bavarian Myths

As "Downtown Bon Vivant" co-founder of the 2 PENZ INC, I decided to start a blog category called "is scho recht". It is a Bavarian phrase that probably could be translated with the words "fair enough" best. In Bavaria it is commonly used when a person is sure that his or her opinion is right and he or she does not want to discuss it with someone else who has a different opinion. Also is it used when a Bavarian accepts an apology from someone else or just accepts a situation as it is.

So this category of my blog is dedicated to all the commonly known facts and myths among Americans about Bavaria, Germany, Austria, its food, history and habits.

Like the one that many Americans think, that just because of the fact someone was born in Austria, he or she is good at skiing. No, that's not necessarily the case. They also have cities which are far away from the next mountain. And even for those who live in the mountains there is public transportation. So kids who grow up in the Austrian mountains don't need to take skies for their commute to school, no they simply take the bus.

This was just an example what this category will be all about in the future. So stay tuned for the next myth which we will publish under this label can just comment with the words "is scho recht".
Posted by Unknown at 4:00 PM No comments:

Email ThisBlogThis!Share to TwitterShare to FacebookShare to Pinterest
Labels: is scho recht 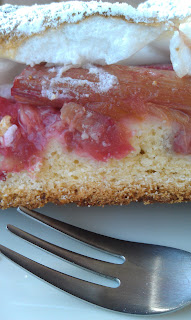 The German Rhubarb Cake is a perfect recipe for a cake you can make for a nice and hot summer day. Like for "4th of July". Its combination of fruity rhubarb, the moist batter and a sweet meringue cover makes it awesome for a hot spring or summer day where other cakes might feel a little bit too heavy to eat. The rhubarb makes it light and fruity. Just perfect after your Independence Day burger..

See more photos of the Rhubarb Pie on Google Plus.
Posted by Unknown at 8:55 AM No comments:

Follow the Downtown Bon Vivant, 2 PENZ and Keksies co-founder, on Twitter for updates out of the alpine kitchen.

This Blog Is All About

We want to hear from you